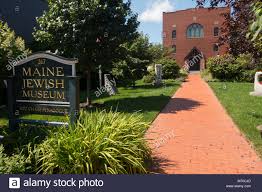 Artist Roland Salazar Rose will give a talk at the Maine Jewish Museum (MJM) Sunday June 9th at 2:00 PM . He will discuss how his show “Innovative Techniques” was configured by Nancy Davidson, Curator in Residency.

In his talk he will focus on his many works in ‘series,’ and how his written explanation of what his series seeks to accomplish blend and sustain each other. He refers to his art making as “words & images.” He says that “digital use of a series has enabled him to reach a larger audience.” He explains that while he has exhibited his art nationally and internationally, his use of ‘words & images’ provides him a comprehensive way to communicate” his many artistic visions to the public.

The exhibit at the Maine Jewish Museum brings to public scrutiny if his digital use of ‘words & images’ helps a viewer to better comprehend the process that created the series, and validates his work as a visual artist.

For example: On one wall in the MJM exhibit Salazar shows ROOTS. He will explain at his public artist talk on June 9th why he chose to create art on his ancestry, and how the paintings of his Irish, Norwegian and German (Jewish) ancestry meshes with our current National furor on Immigration.

On another wall are his series “Solar Flares;” 11 paintings he did in Mexico in 210-12 that memoralize the massive Sun solar event of 2012: how this became an art/science collaboration at Emera Planetarium in 2018. The video “Solar Flares & Salazar” accompanies his paintings at the Museum.

The third wall at the MJM shows a selection from the series“Land, Sea and Sky,” paintings Salazar did since his return to Maine in 2012, from his extended Mexico painting residency.

The public is invited to see the show, and meet the artist, June 9th at 2:00 PM.