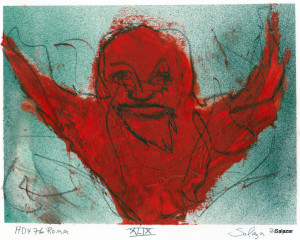 THE FALL OF THE ROMAN EMPIRE

IS THE USA SUBJECT TO A FALL?

Edward Gibbon dated the Fall to September 4, A.D. 476 when a so-called barbarian named Odoacer (a Germanic leader in the Roman army), deposed the last Roman emperor,Romulus Augustulus, who was probably partly of Germanic ancestry. Gibbon gave a classic formulation (now outdated) of reasons why the Fall happened. He began an ongoing controversy about the role of Christianity, but he gave great weight to other causes of internal decline and to attacks from outside the Empire. (Source: Wikipedia)

“The story of its ruin is simple and obvious; and, instead of inquiring why the Roman empire was destroyed, we should rather be surprised that it had subsisted so long. The victorious legions, who, in distant wars, acquired the vices of strangers and mercenaries, first oppressed the freedom of the republic, and afterwards violated the majesty of the purple. The emperors, anxious for their personal safety and the public peace, were reduced to the base expedient of corrupting the discipline which rendered them alike formidable to their sovereign and to the enemy; the vigour of the military government was relaxed, and finally dissolved, by the partial institutions of Constantine; and the Roman world was overwhelmed by a deluge of Barbarians.”

Any comparison of the ‘Fall’ of the Roman Empire to the possible ‘Fall’ of the United States of America today is pure speculation in historical data and current history. It’s worth considering as a possibility and it’s justified to raise questions that deserve answers, but one can’t draw any successful conclusion without hedging what you say by adding, unsubstantiated.

However, let’s take a moment here to reflect on today’s USA policies and actions, nationally and internationally: the economic, military, trade, social and other actions we take that can be said to show striking similarities to conditions and policies existing during the declining years of the Roman Empire. There is much written on this subject, and political issues are often discussed.

You can utilize the Internet, make several searches, and you will find much to ponder about on the possibilities that the USA is declining, and is following a path similar in many ways to the ‘Fall’ of the Roman Empire. See these videos that are on YouTube.Worth viewing on YouTube is the documentary aired by Public Broadcasting on the Fall of the Roman Empire. The Link is here.

Do My Paintings Roma AD 476 reflect the ‘Fall’ of the Roman Empire?

My series ROMA AD 476 consists of 100 images, 8 X 10 inches, on Stonehenge paper. The series is in a private collection. To view the video ask permission by  email to Salazar: rolandsalazarroseATyahoo.com

I didn’t seek to answer the question or make a comparison of the ‘Fall.’ I was interested in creating images freely without a defined purpose in mind: do good work and let what was stored in my mind at the time just happen. My series is what it is, a time in which I was thinking what is happening in the USA today, and what needs to be changed, and what can be done to assure that the USA will not ‘Fall’; that its best days are still ahead, not in the past; that we have the will power and leadership to take on the challenges; deal with the many issues as a world power in the 21st Century, and deliver a better tomorrow for the American people. My hope, well more than that, my desire was to see that the American Dream was not dying, not dead, but was on the way to a better tomorrow. To do anything less is a tragedy, as possibly we are the last best hope for democracy, and for a “spaceship earth” that is sustainable, and will benefit all creatures, all life.