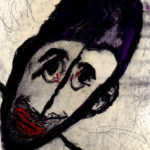 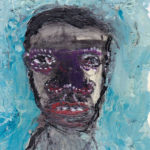 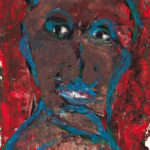 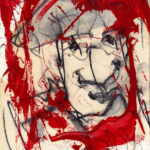 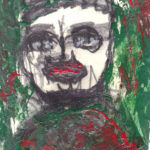 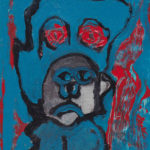 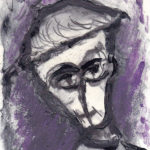 Why do we have a limit of seven (7) digits for our telephone needs?  It’s the number of objects an average person can hold in working memory is about seven. See: “The Magical Number Seven, Plus or Minus Two: Some Limits on Our Capacity for Processing Information.” It is one of the most highly cited papers in psychology. Millers Law.

Seven is the most significant number across religions and cultures

Snow White ran off to live with seven dwarves, there were seven brides for seven brothers, Shakespeare described the seven ages of man, Sinbad the Sailor had seven voyages. And when Ian Fleming was looking for a code for James Bond, he didn’t go for 006 or 008. Only 007 had the right ring. (Source: Daily Mail)

My painting series “Seven: A Magical Number” (2017) is seven head images on Stonehenge Paper, Size 4 x 6 image size. I selected to have these seven framed as one work. I wanted to state the importance of seven (7) in our lives and to express its history. In art history: #The Group of Seven was a group of Canadian landscape painters from 1920 to 1933. Originally, Franklin Carmichael, Lawren Harris, A. Y. Jackson, Frank Johnston, Arthur Lismer, J. E. H. MacDonald, and Frederick Varley formed this group. They, along with some other Canadian artists initiated an important Canadian national art movement. Their paintings were inspired by nature.

And as we are hearing so much about war today as tensions and voices rise in the Korean Peninsular in 2017, maybe a quick glance at this fact will be of interest: 7/7/177. This date marks the Battle of Hubbardton in the American Revolutionary War. It was the only battle of the war of independence that was fought in Vermont.

But don’t forget that if you are a betting person: Bet on the 7
Wait five non 7 rolls and place a bet on the one roll bet for the 7. Uses Martingale System of betting progression. HOWEVER: The law of averages will catch up to you sooner than later. So, treat this as a gambling thing. When your luck is good, it’s good and when it’s not, leave!